Would like to thank the technician Uncle Swee for the job well done at our office in craig road. The site has been having problems with a choked toilet bowl which has turned out to be almost a monthly affair that had been attended to by several plumbers.

The charges was not one of the lowest thou not the highest too from our past experience but what i had liked about Uncle Swee was his honesty. He told us up front during the first site visit that the issue was because we lacked a vent pipe or something and this was a problem that cant be resolved easily. He gave us 2 option, 1 a normal clearing and 2 doing some modification to the toilet bowl connect (which would not stop the choke but should not occur that frequent). We decided to try option 1 first but as he had warned the problem came back again.

Upon approval from my boss, we decided to go for the 2nd more expensive option (which was still cheaper than what some company quoted us for machine clearing which according to uncle swee was not needed as the issue was with the build up and trust me he was right as we had tried it before). I am not a technical person but basically i saw them removing the toilet bowl to do some work.

Currently, it has been a couple of months and the issued has not reoccurred yet. My boss being satisfied decided that for all our outlet, Uncle swee is the only plumber he would appoint if possible. We have been working with him for a few other cases and his workmanship is top notched. From our conversation i got to understand that his honesty comes from his religious belief while his experience is due to his work experience when he was younger which includes running pipes for entire building.

I would recommend the plumbing service of Uncle Swee to my friends and family.

My pipe in cabinet was leaking badly. Called a plumber from plumbersg and they sent a technician down within the same day. The person whom answered my call was patient and took down the details of what is happening before concluding that the technician that was best suited for my job is currently busy and told me that i have to wait for a couple of hours which i was fine with rather than getting a plumber that is not competent for the job.

The plumber that came was a older guy whom you can see is more experience and a younger assistant. One of the things i liked was him explaining to me that i should opt for PVC pipe instead of metal since the pipe are in the cabinet, metal would like leak over time.

The work took a few hours to finish and from the way it was explained and done you can see the plumbers are competent with their work.

It was the eve of chinese new year when my heater above the false ceiling leaked. Was lucky to get Derrick and his colleague to come down to replace the heater for us. As it was above the ceiling, they had to cut the ceiling to remove the heater. Chinese New Year was the next day and i was worried about the mess nor could i leave the heater leaking above. Fortunately, they started the work at in the afternoon and worked through the night to finish it at 11pm which included a false ceiling that looked as good as new. The clean up done by them was pretty thorough even thou i kept asking them to leave it to my maid. 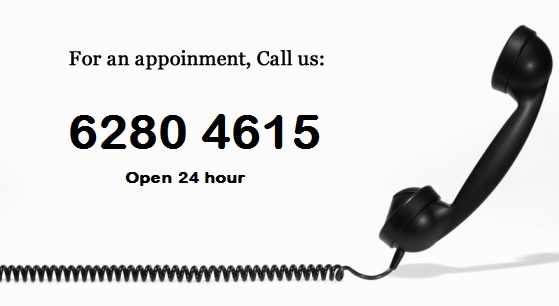